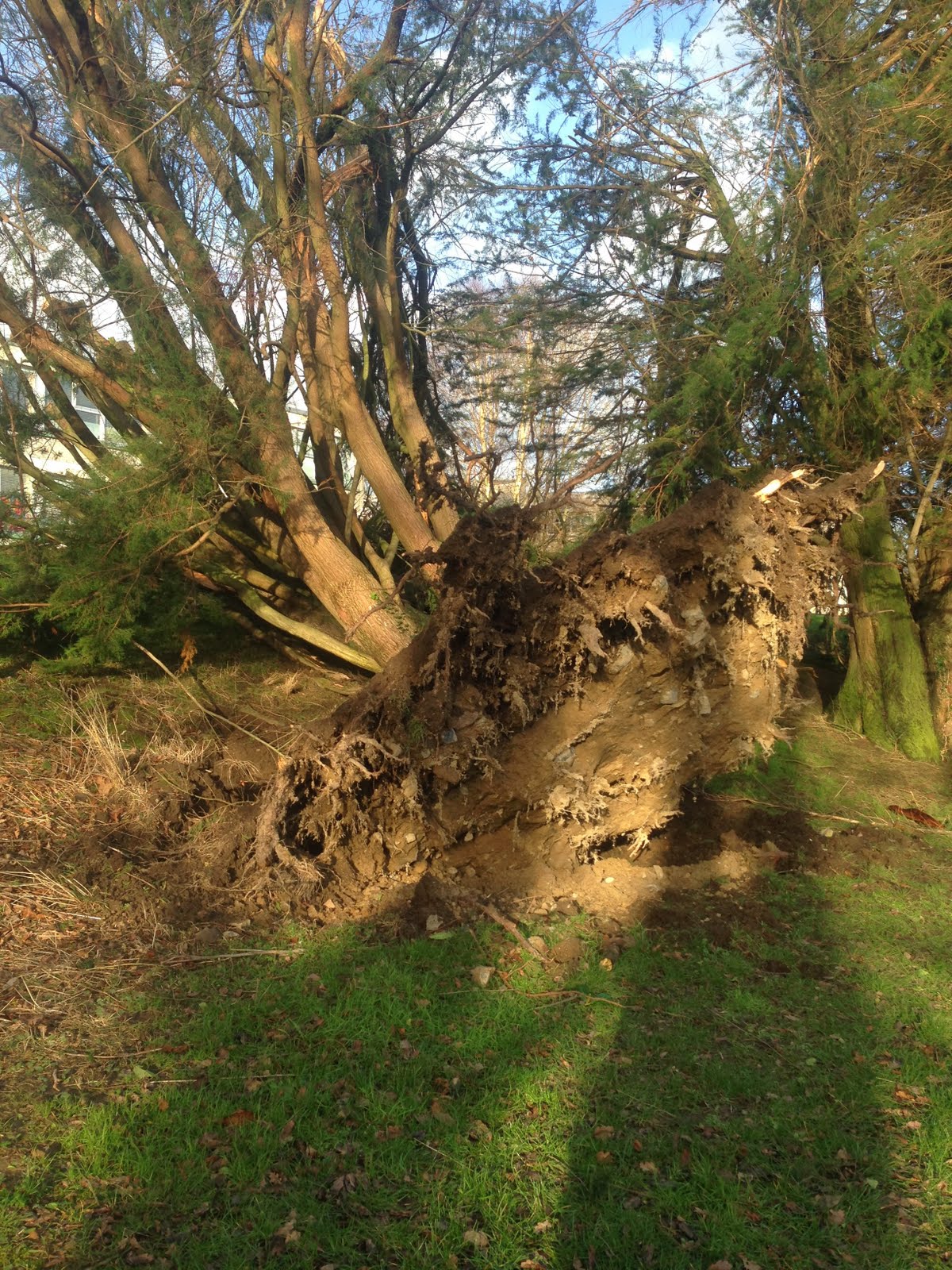 We have been very unlucky with the weather during the last two months. Our biggest tree fell down and it was very close to hitting the school but we were very lucky. The storm left many people without power and some were badly flooded. The weather has been slowing lots of schools down but we are still going full speed. 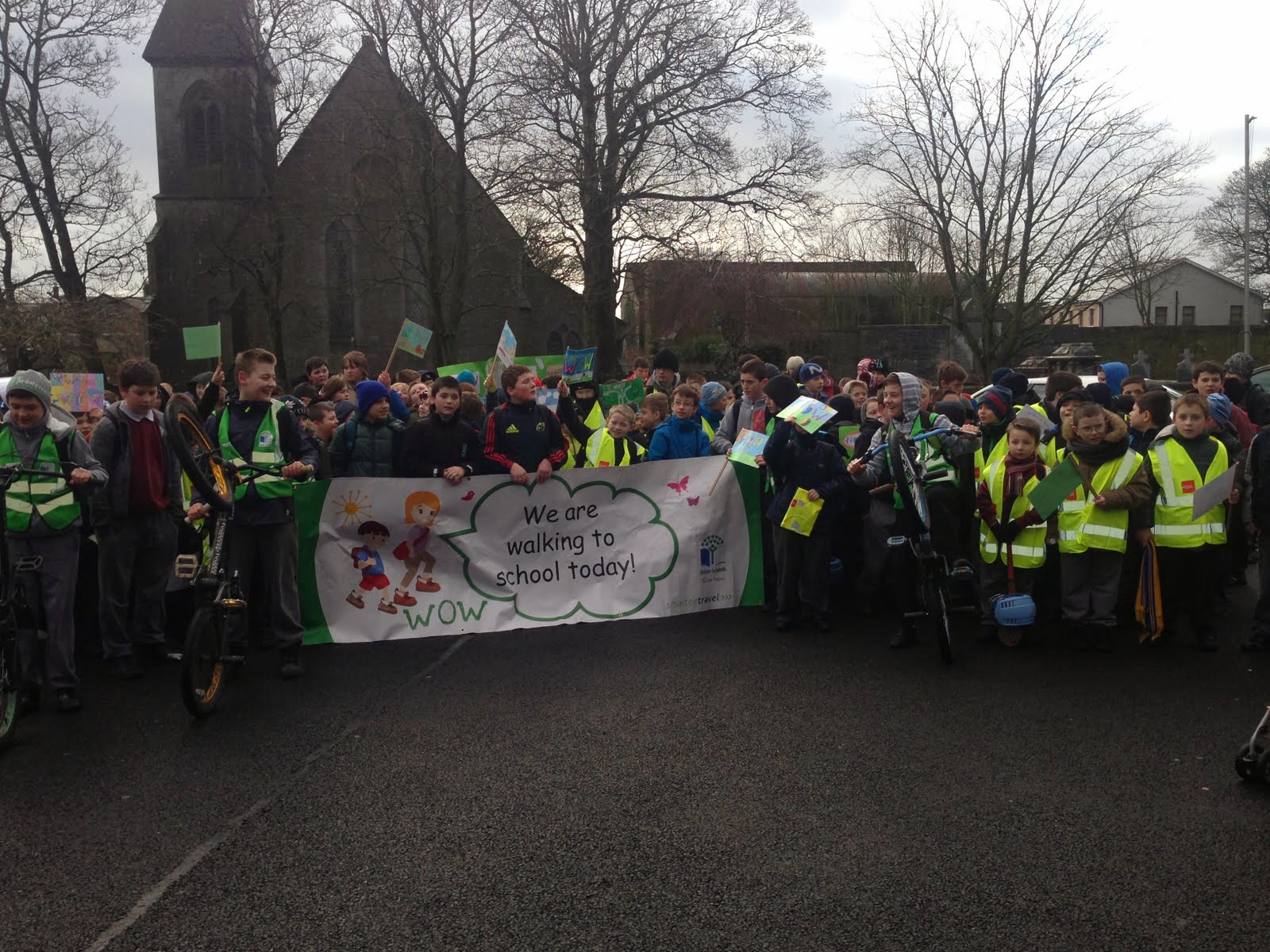 We held a W.O.W day (Walk On Wednesday) where we walked to school from St. Mary’s church and we all got a homework pass when we reached the school by walking. When we arrived at school we all had breakfast morning sponsored by Lidl. A big thank you to Ms McCabe for all her hard work organising this special day.

Click here or on the Green Schools tab to see lots more photos of the W.O.W day. 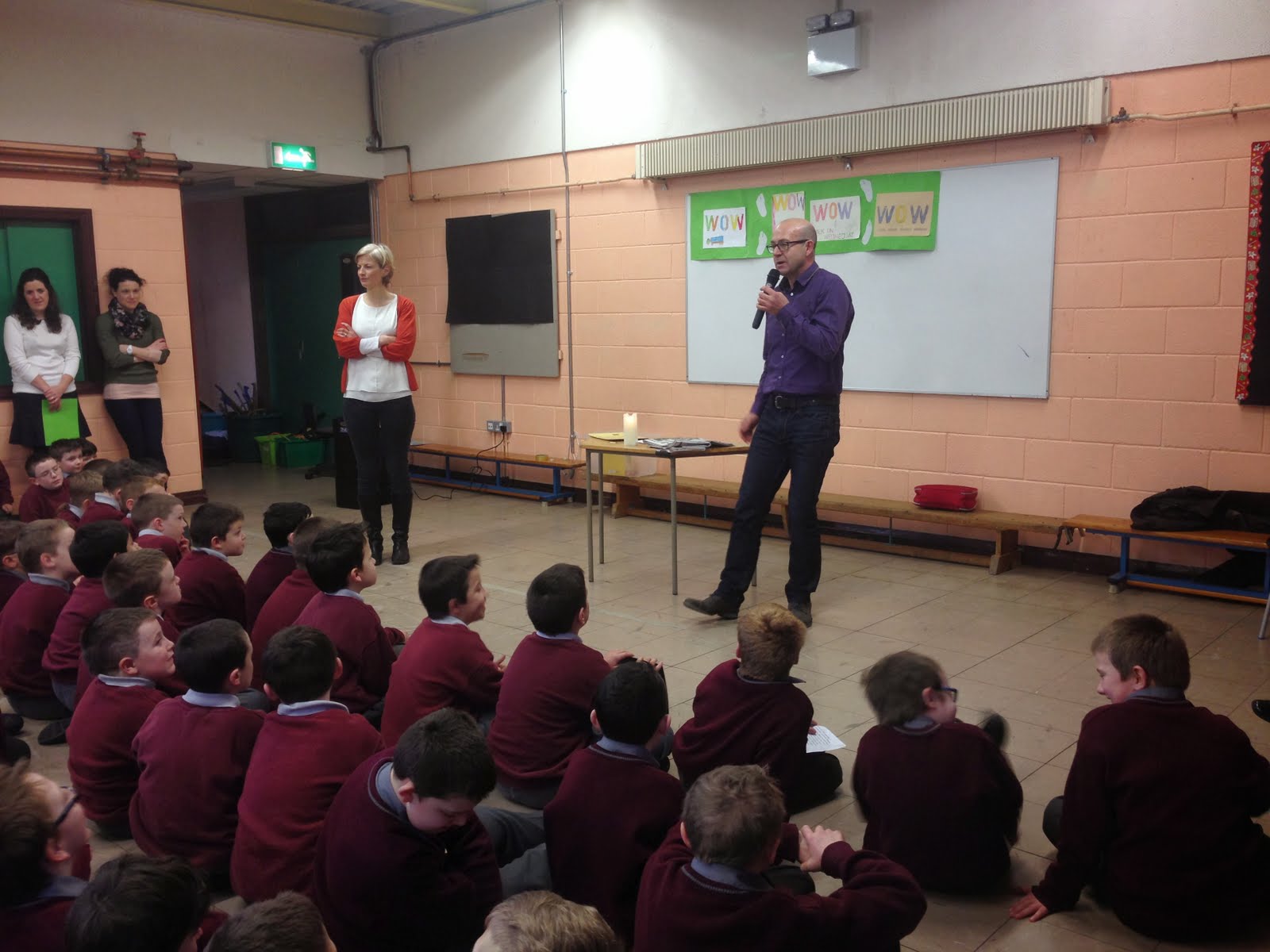 Our monthly writing this month was ‘Report Writing’. We had lots of good reports heard by Peter Gleeson, one of The Guardian newspaper reporters. He was very impressed and he inspired all of the pupils. The winners of the report writing get to go to the The Guardian HQ, to see what a proper reporter would do in a day.

Mr Buckley began the futsal tournament along with Mr Smith and Mr Shine helping him to ref the matches. The Semi Final and the finals were played in the yard with 3rd, 4th, 5th, and 6th watching the matches. All the other matches were played in our G.P Room at break time. Medals were presented to the Winning team during assembly.
Sister Essie came to help the school with religion and especially to help the 6thand 2nd classes to get ready for their Confirmation and Communion. She also helped other classes with all their religion which they had learned throughout the school year.
Room 6
Seán Shaw won the report writing from the class. Seán’s report was about the bad weather in Ireland over the last 2/3 weeks. Aaron Shoer won the WOW day poster in the class. Four of the boys in the class did the WOW day and all got homework passes.  Martin Pratt won a medal in boxing at the weekend in St. Pauls Boxing Club. Everybody enjoyed the mid-term. 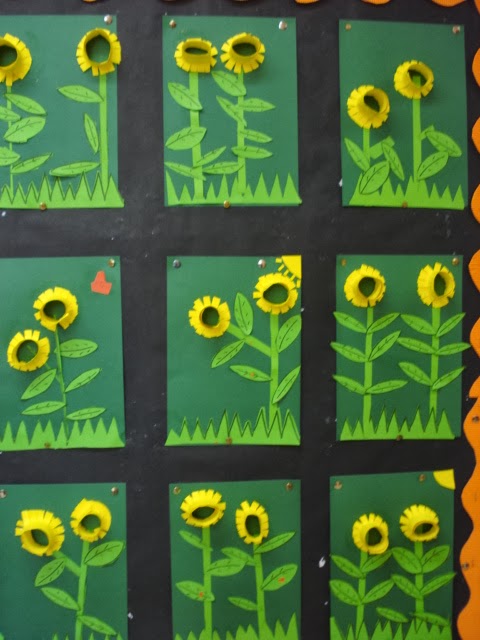 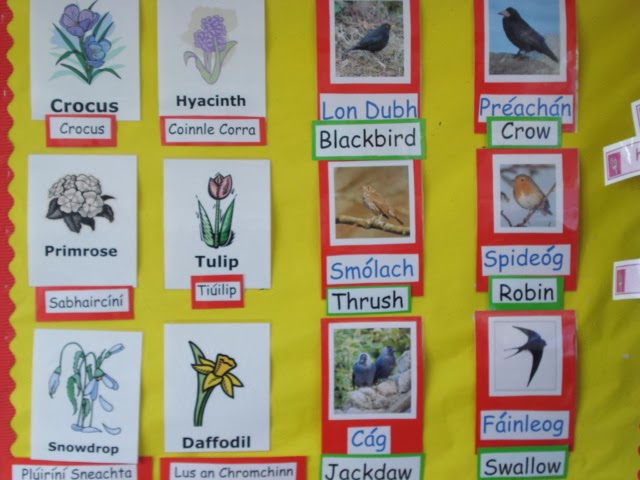 Room 1 – 2ndclass
Room 1 has been looking at birds and flowers over this month. They made daffodils for art on Friday. They learned loads about birds.

Room 3 – 2ndclass
Room 3 learned about Van Gogh and all about the Netherlands. They made a Spring Word Wall with everything about Spring described around it. They also did reports on various animals such as reptiles, birds etc. They made different kinds of Valentines art. 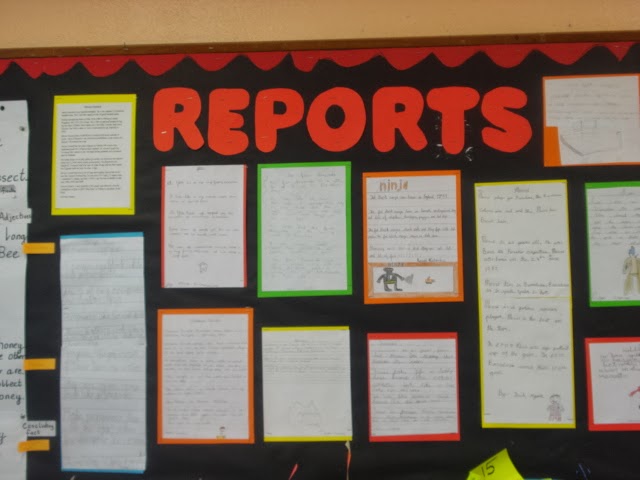 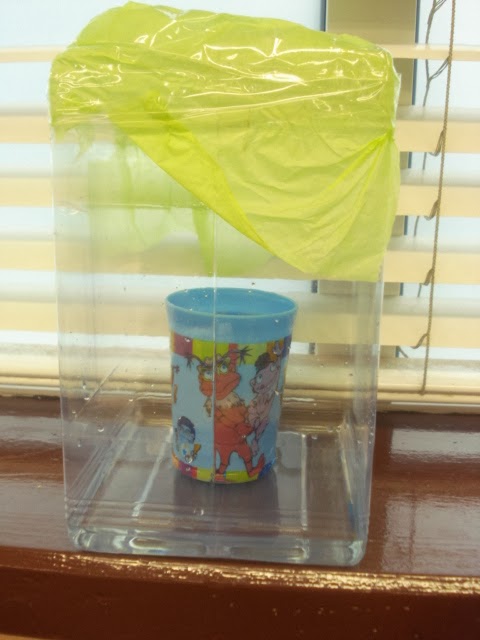 Room 2 has been reporting on the Vikings. They also learned a lot about symmetry. They are doing Power Hour for the next few weeks. They all had great fun on the WOW day. 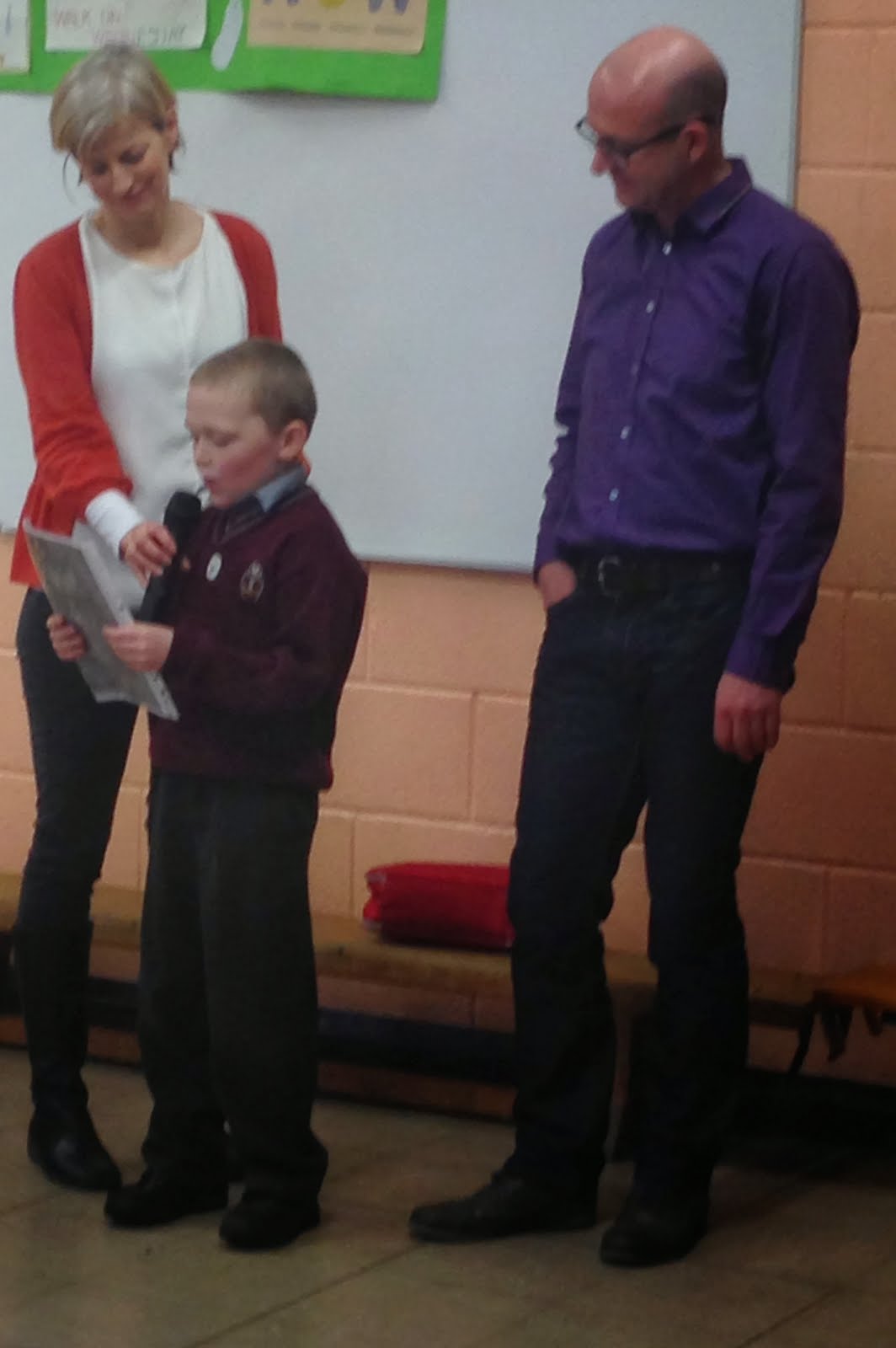 Room 4 – 3rdclass
The whole class love and participated in the WOW day. Donal Coffey won the WOW day competition from his class and Frank Manley won the report writing with a report about the eagle owl. Power Hour ended after doing it for 6 weeks. The class drew, coloured and named their aliens from outer space. They all looked really good when Ms. Fitzgerald hung them up on the wall. Everyone had breakfast when they arrived at the school on WOW day. 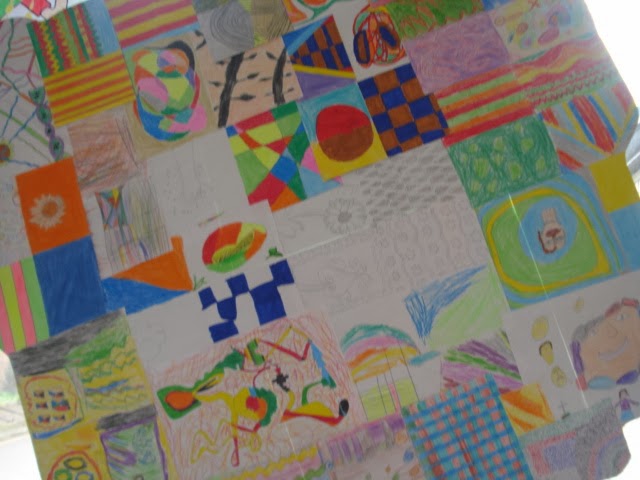 Room 13 have made a big St Bridget’s cloak where all the boys coloured one page and stuck all the pages together to make one big cloak. The class did symmetry in maths during the month and did faces with symmetries for art. They also did projects on Tanzania as well as Killimanjaro. 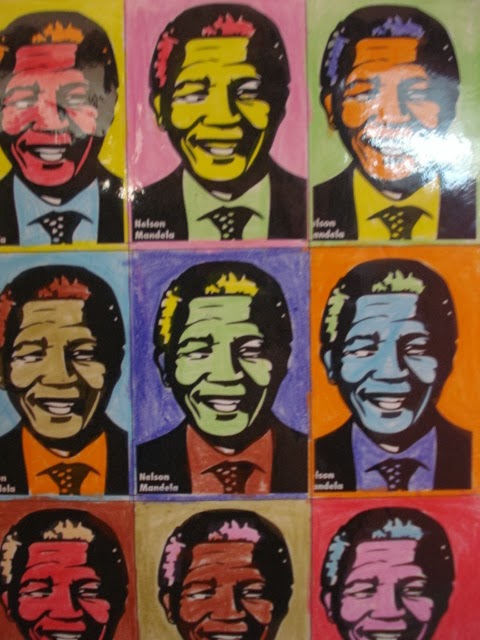 Room 14 – 4/5thclass
Room 14 have been doing a big project on Nelson Mandela. They have also been researching the Aztecs. They have also been doing Aztec art. They did an experiment with a candle experimenting the composition of air. They all did their final stages of their dream school in lego. They did art for WOW day and Cian Galvin won the the competition out of the whole school. Their are boys from room 14 on the junior credit union quiz team where they won the first round and came 4th in the next round. They all enjoyed doing the WOW day and the breakfast in the school. 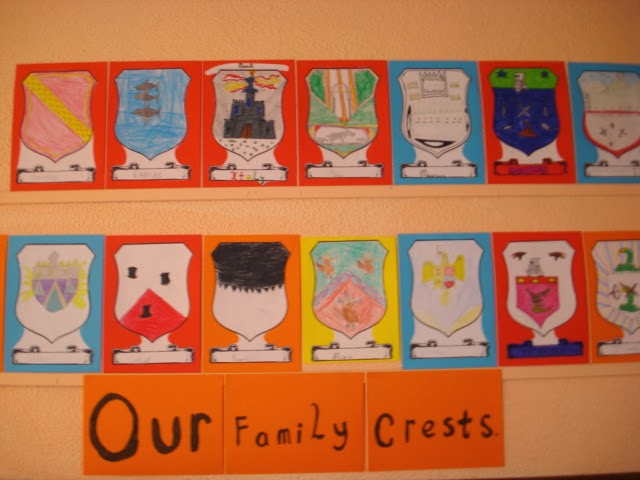 Room 7 made all different kinds of spaceships with all their lego. They made the crest of their families and they look really good hung outside their classroom.They all looked as if the boys put in a great effort. 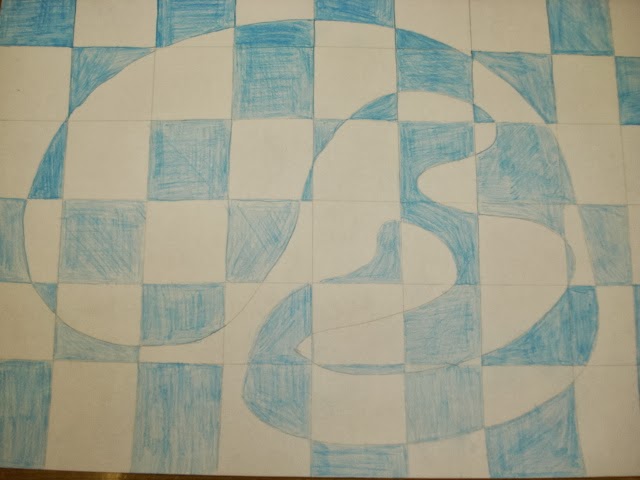 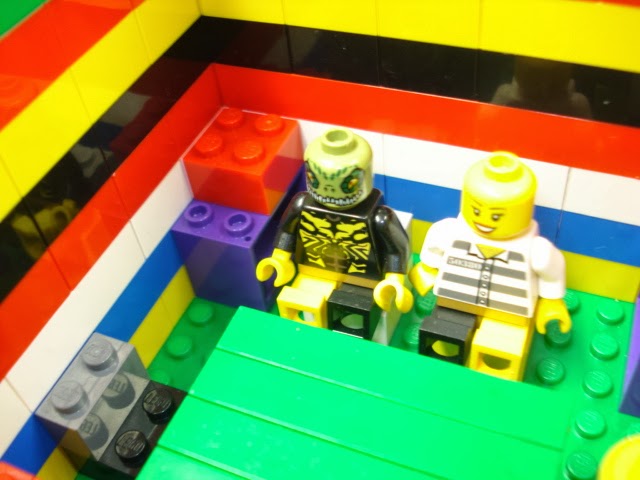 Sister Essie came in to talk about the new symbol and they did such things as learning for their conformation and meditating. Liam Hogan was on the winning team in the 5-a-side futsal team. Jimmy Hegarty won the Report writing. Matthew McGee won the WOW day poster competition from the class.They finished their class novel ‘ The Guns Of Easter ‘. They made St. Bridget crosses near to St. Bridgets day. They all enjoyed doing the lego. They all learned about The Easter Rising in history. Marius Halmaghe got through to the All Ireland Semi-final in doodle 4 google competition and is still waiting for the result. The whole school is supporting him and voting for him on the doodle 4 google website. ( link for voting is at bottom of the screen).
Room 9 – 6th class 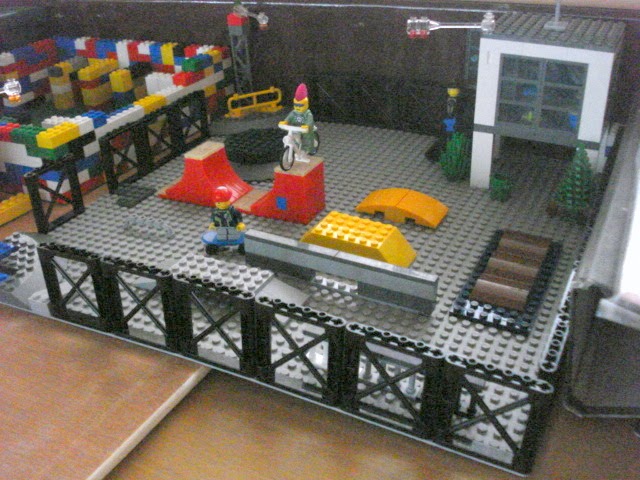 Josh Kelly won the report writing in his class. Sister Essie also visited the class to teach them more about religion. Ned Hartigan was on the winning futsal team. They all did WOW day and all got a homework pass that day. They also practised for their conformation. They finished their class novel ‘Holes’. The class won the weekly yard points to get soccer with the coaches in one of the weeks in February. The whole class enjoyed their breakfast on WOW day.