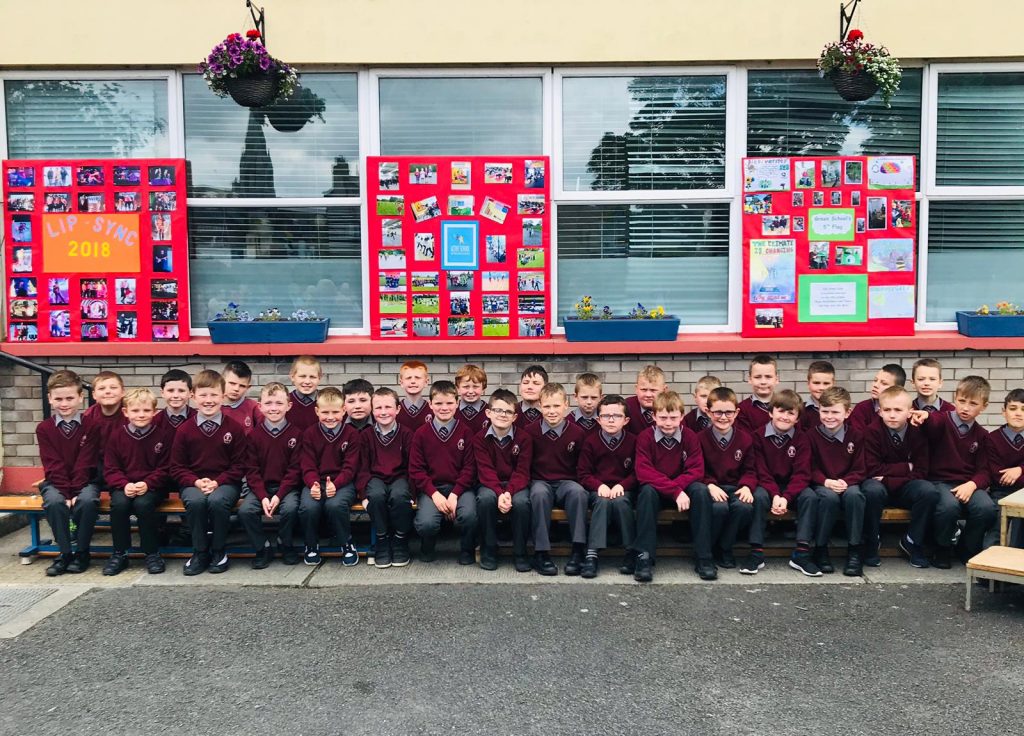 The school had a momentous day today, Tuesday, June 18th 2019. We were in celebratory mode as we were raising not one but two flags. Firstly, after some great effort, the green schools’ committee and the school secured it’s fifth Green Flag. The flag awarded to us was for biodiversity. Simultaneously, the active schools’ committee helped in qualifying the school for the Active Schools’ Flag. Well done to everyone.

Furthermore, we also officially opened our new senior yard today. Fr Rexan blessed the yard. The winners of last year’s LipSync battle fundraiser cut the ceremonial ribbon. The whole school marked the occasion with a flash mob dance to the tune of “The Fresh Prince of Clean Air.”

The boys were then treated to an ice cream each. This was facilitated by the parents’ council. It was a brilliant day. many thanks to everyone involved.