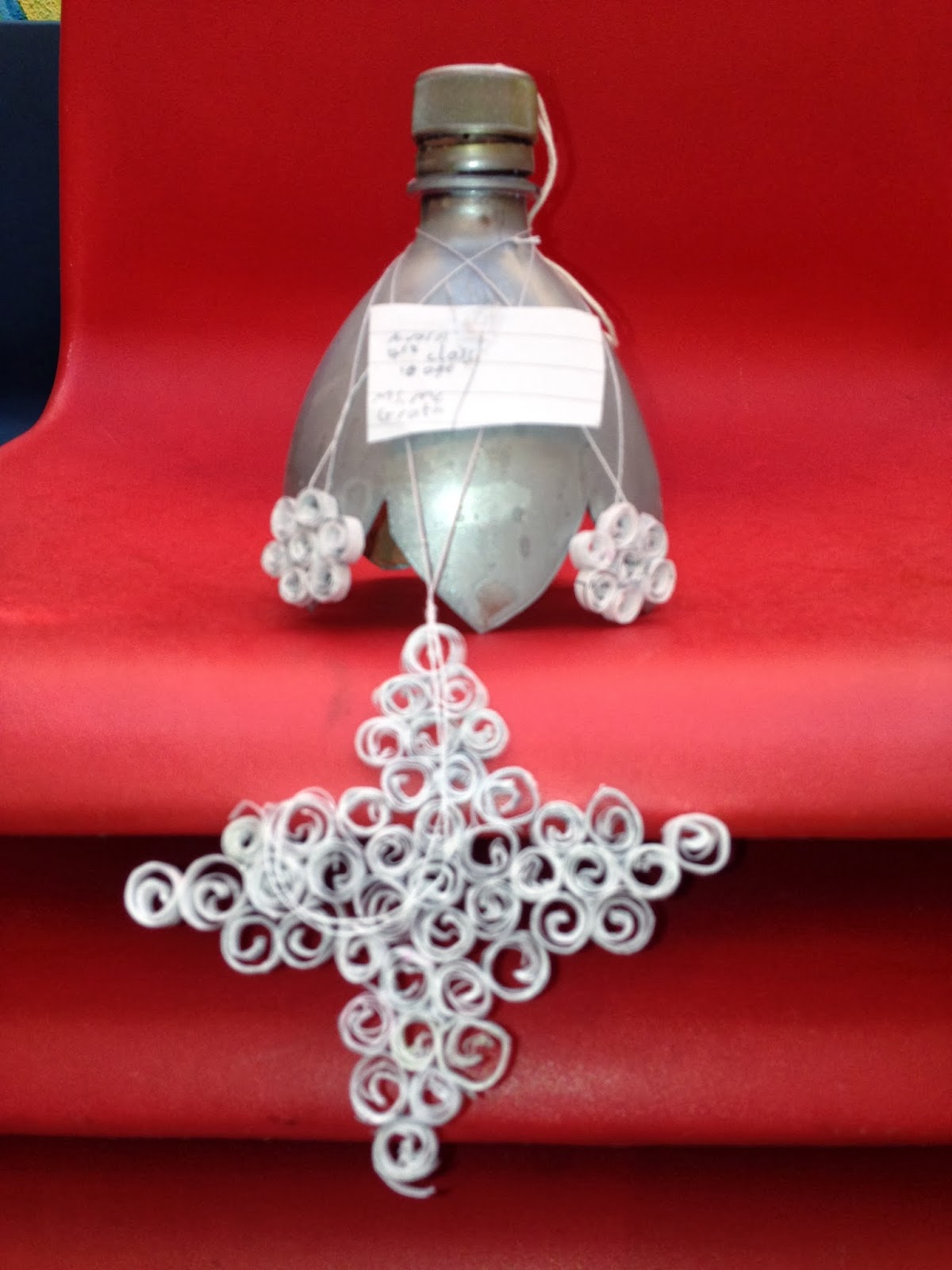 By nenaghcbsp Posted at February 6, 2014

This month the C.B.S Primary started a project on building a school with lego. Mr.Buckley has started soccer teams for the school to participate in during lunch. In fourth class, Ivors Kosovas won a 50 euro book voucher for the best Christmas decoration in North Tipperary. This is his decoration. 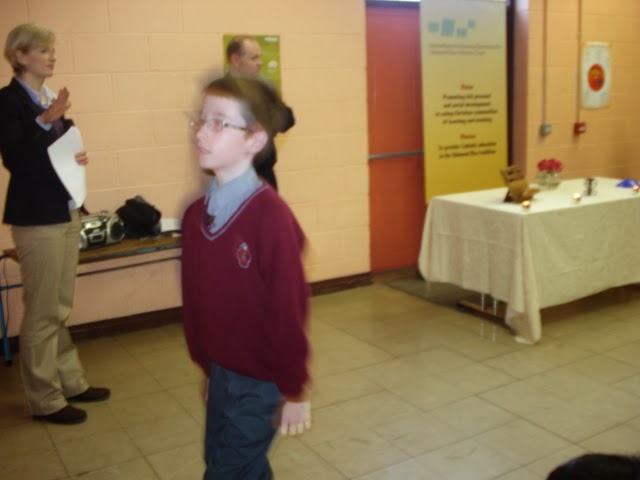 Catholic School’s Week was on from 27th-31st of January. The school had a prayer service in the hall and we were glad to have pupils participating. The following day the school pupils went to the church for grandparents day. We would like to thank the all of the grandparents who participated in the mass.

There was a Credit Union quiz and Paul White Ryan , Conor Hennessy, Jason Teefey, and Conall Ryan came second in the under 13’s. Dermot McTiernan, Eoin Casey, Shane Stanley and Sean Duggan came 1st in the under 11’s table quiz. 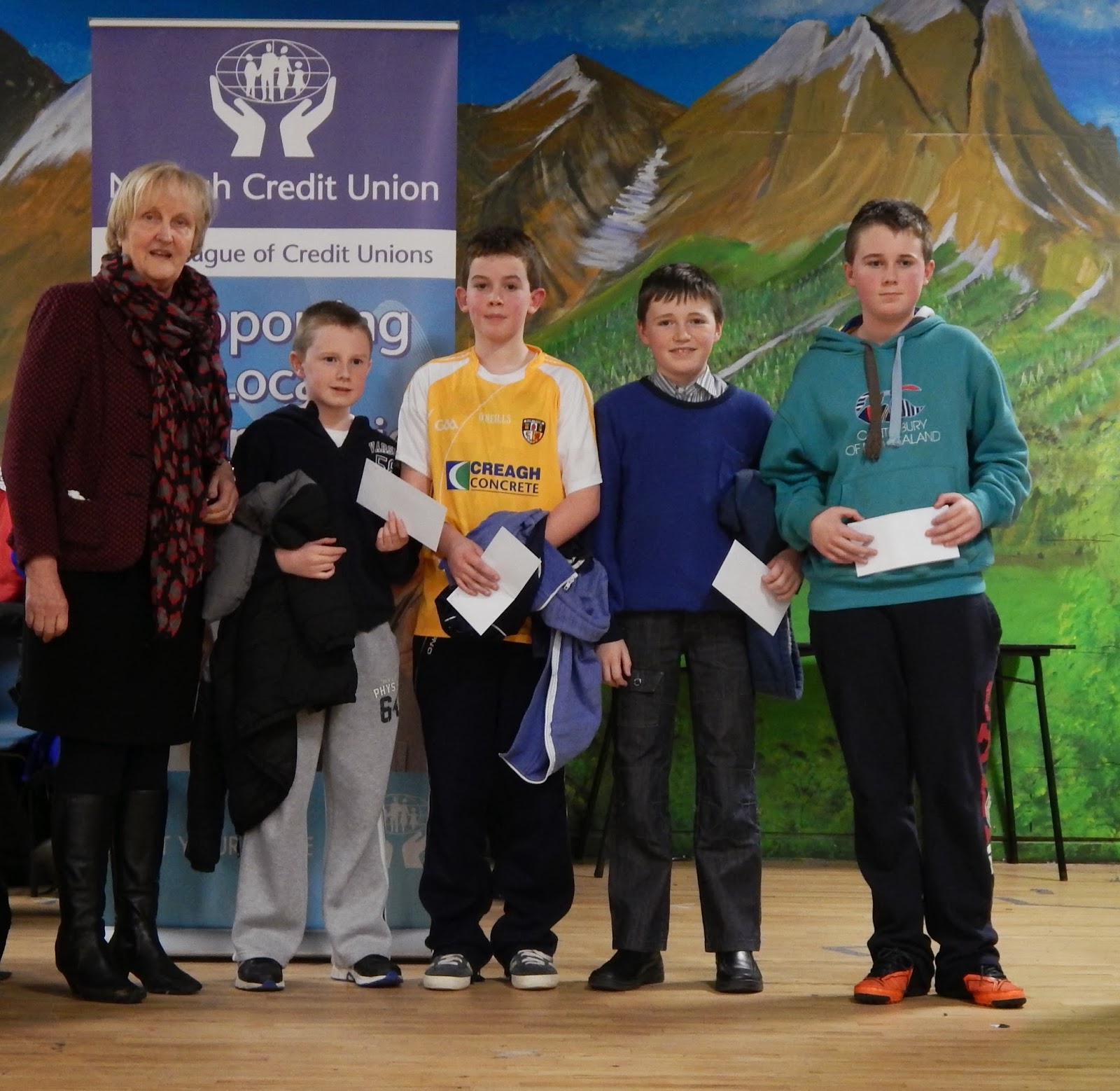 Mr. O’Sullivan’s 6thclass are building a lego school. The 6thclass are also doing mini projects in history and geography. Both sixth classes are making their confirmation. Both 6thclasses also went to the open nights for the secondary schools. 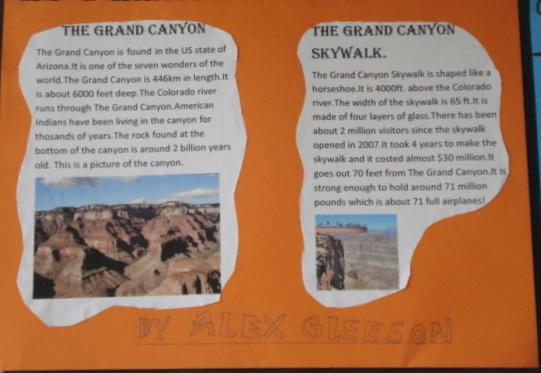 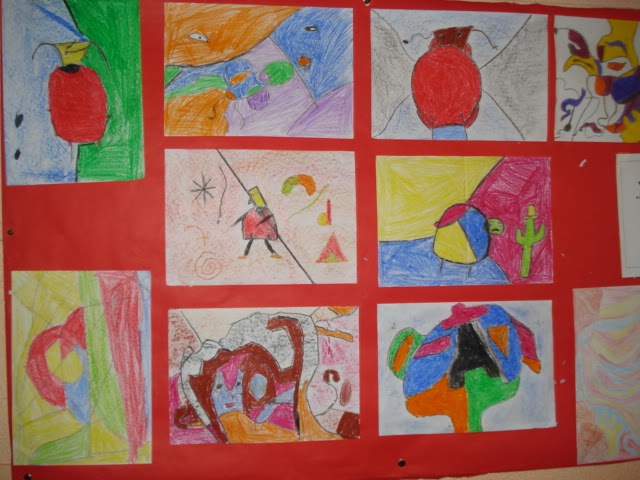 Mr.Shine’s 6thclass learned all about a famous painter called Joan Miró. The sixth class also learned about the famine. Each pupil in Mr.Shine’s class has a French pen pal. They made 3D corridors. They are also making a new rap based on the Fresh Prince of Bel-air.

Mr.Smith’s 4th/5thclass did scientific investigations of gravity and they did research on Nelson Mandela. They also did artwork on volcanoes. 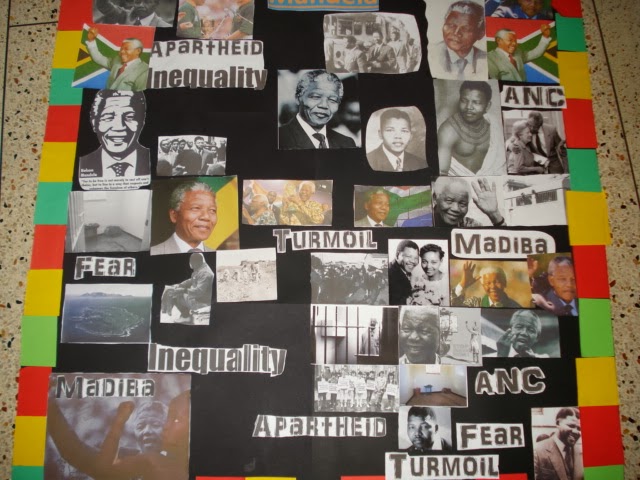 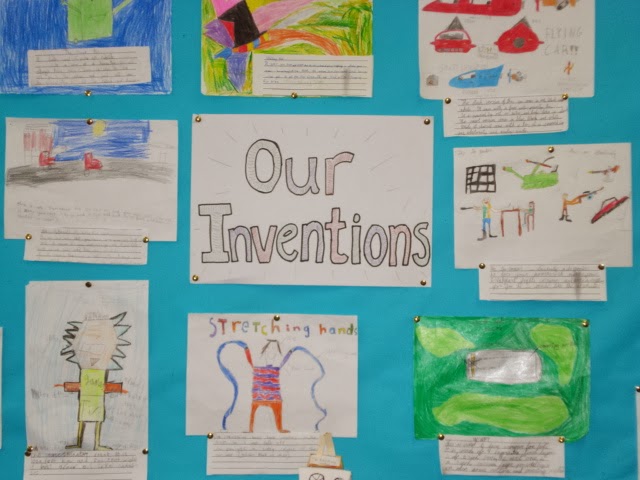 Ms.McGrath’s 4thclass learned about the industrial revolution and they sketched their inventions then constructing them afterwards. Nathan Sheehan won the best invention in the class. Ms.McGrath’s class also did projects on feasts and festivals. 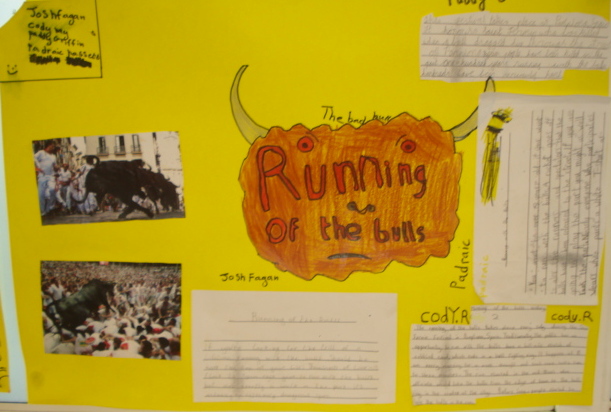 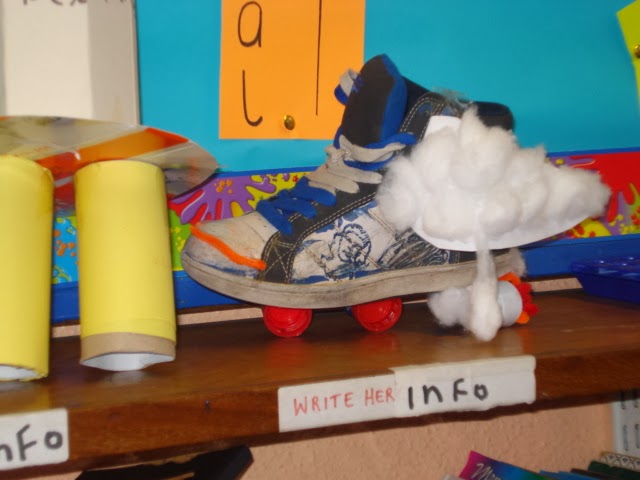 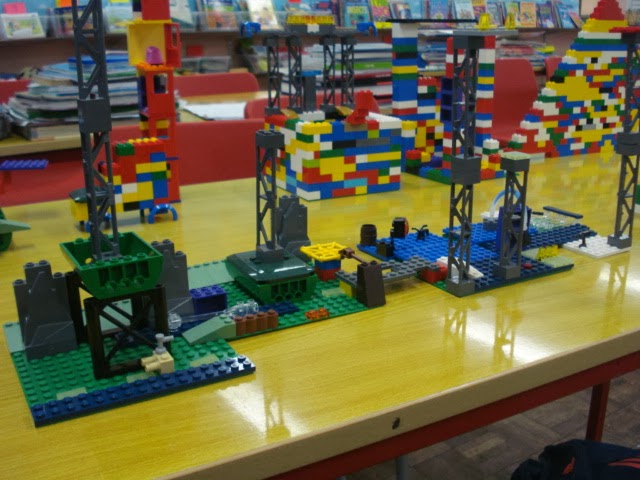 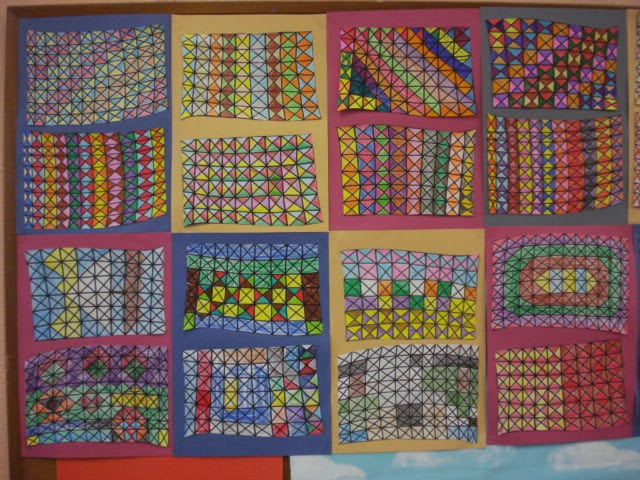 Mr.Ryan’s 3rdclass did a fitness test in R.K sports and they did a beep test. They also did an anaerobic test. They said that it was very tiring. On Tuesday 28thof January they saw a Setanta show put on in the G.P room. They are building creations out of lego.

Ms.Slattery’s 3rdclass are learning about reports. For art they are doing collages, tissue paintings and loop wool pictures. They are constructing a model of the school and houses made from lego. 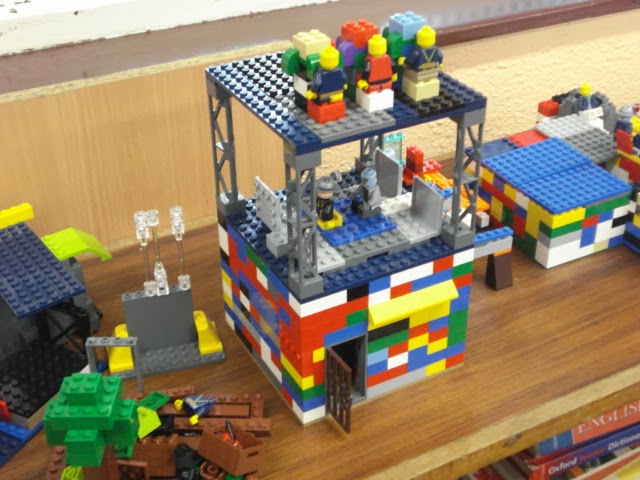 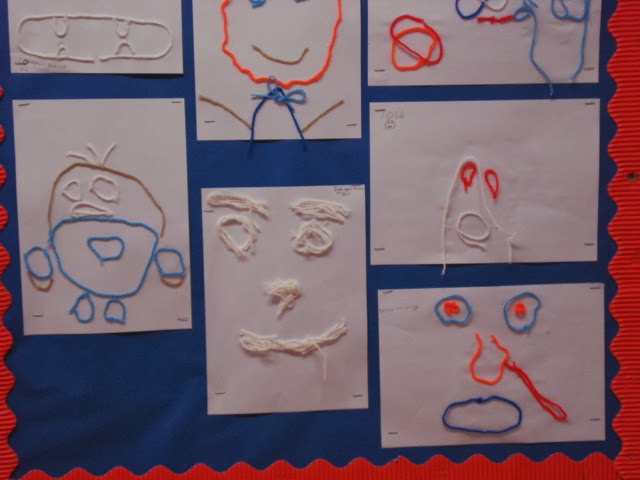 Ms.Glennon’s 2nd class did projects on their grandparents for Grandparent’s day. They are preparing for their first confession. They also made January snowmen and paper mosaics for art. 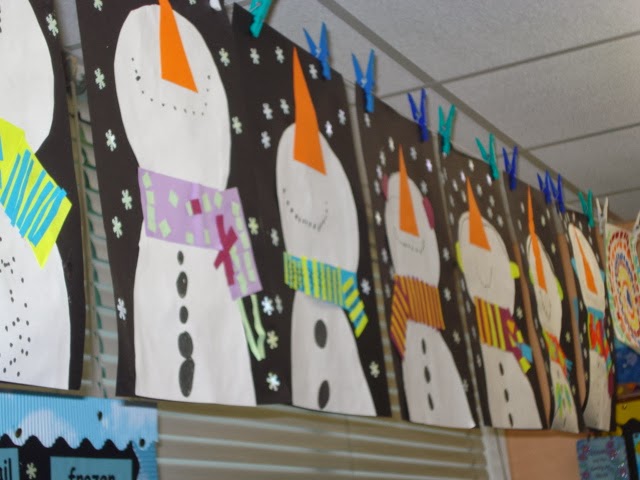 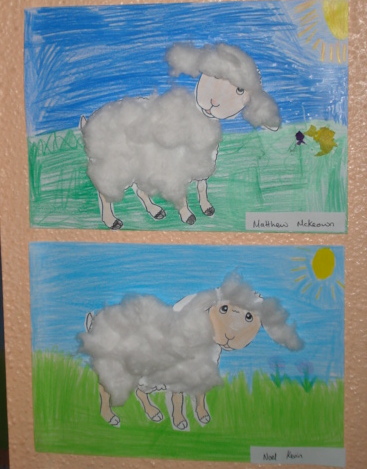 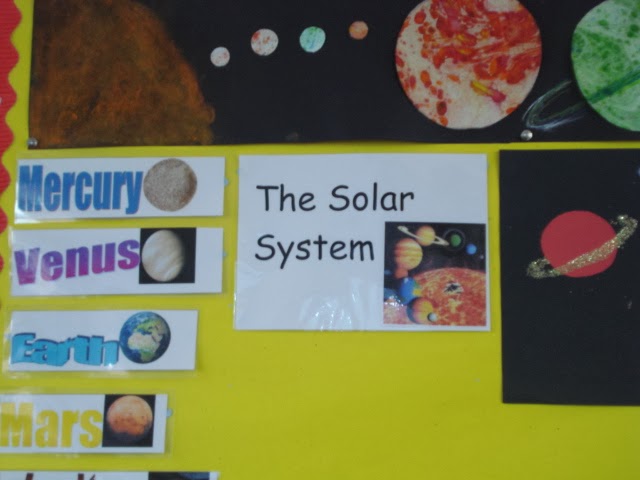 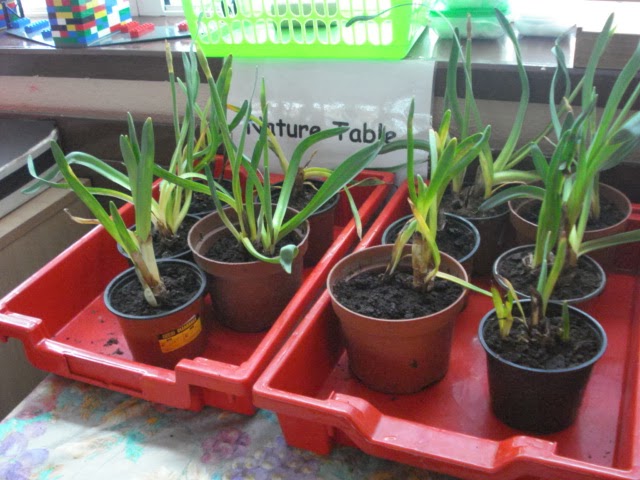 Ms.Liston’s 2ndclass made Titanic projects. They are growing their own daffodils and they are nearly fully grown. For art they made solar system paintings and they also made rockets to fly to the solar system. 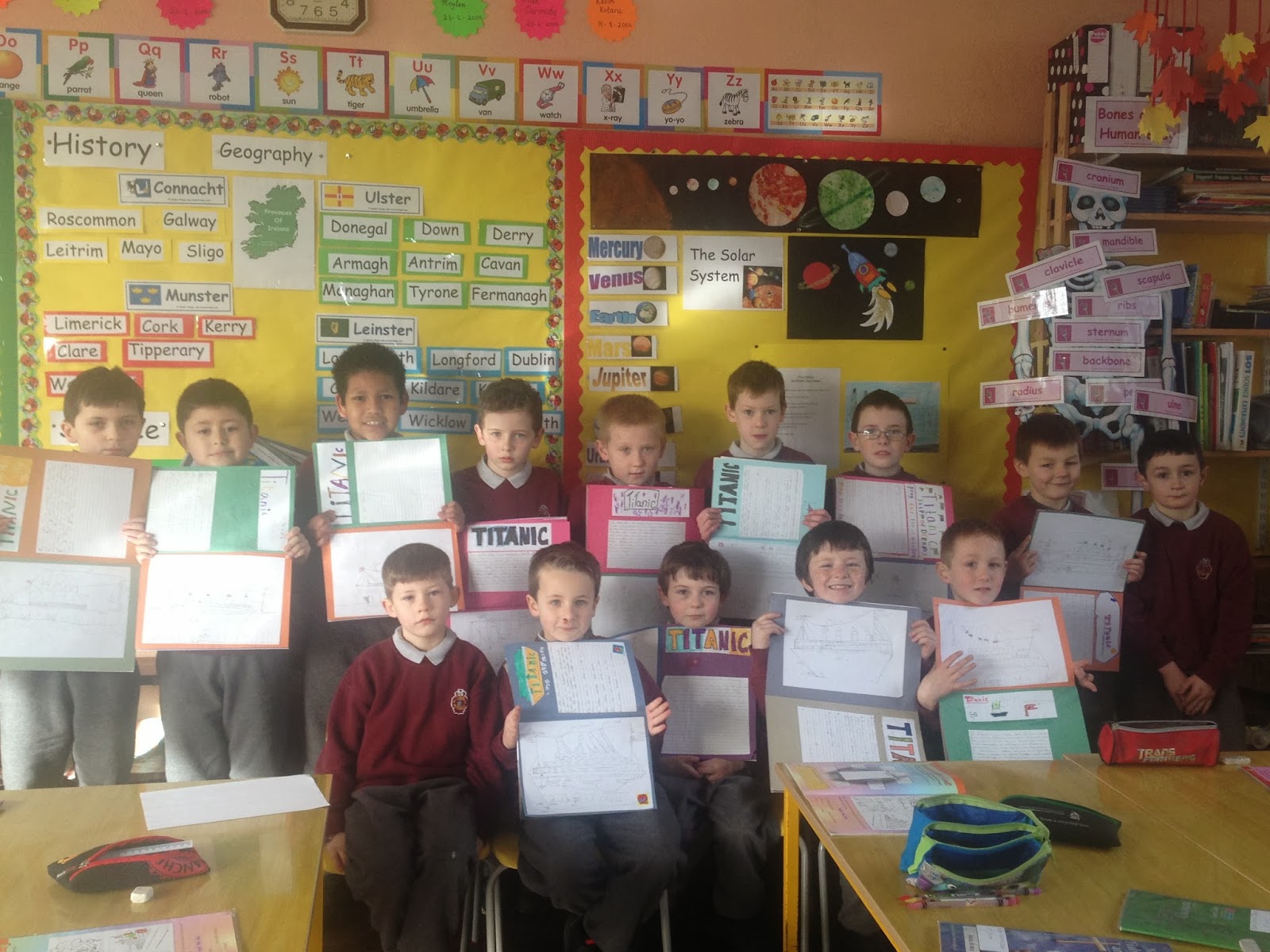 Ms. Callinan’s class all won a homework coupon for good behaviour in the church for grandparent’s day. Dylan Shoer, Martin Pratt, Eoghan Coffey and Jason Richardson got their photographs taken for the guardian newspaper for winning prizes in the Credit Union competition.