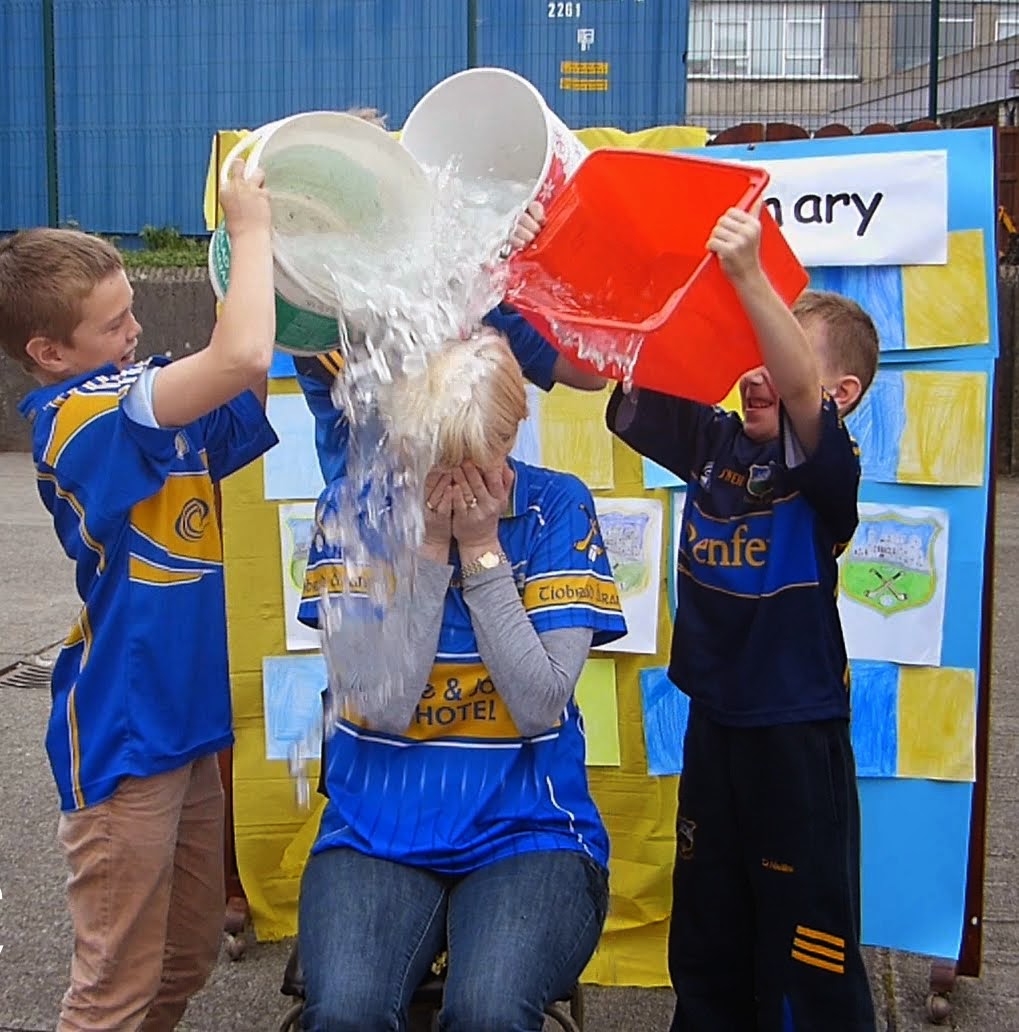 By nenaghcbsp Posted at September 5, 2014

On Tuesday, Ms Brophy announced that she had been nominated to do the Ice Bucket Challenge. She decided to do the challenge in school and allow three lucky boys to throw the ice water buckets over her. To be in with a chance, the boys had to bring in €1 to go towards MND Ireland. A grand total of  €143.25 was raised.

Take a look at the video below to see what happened next. Well done Ms Brophy! 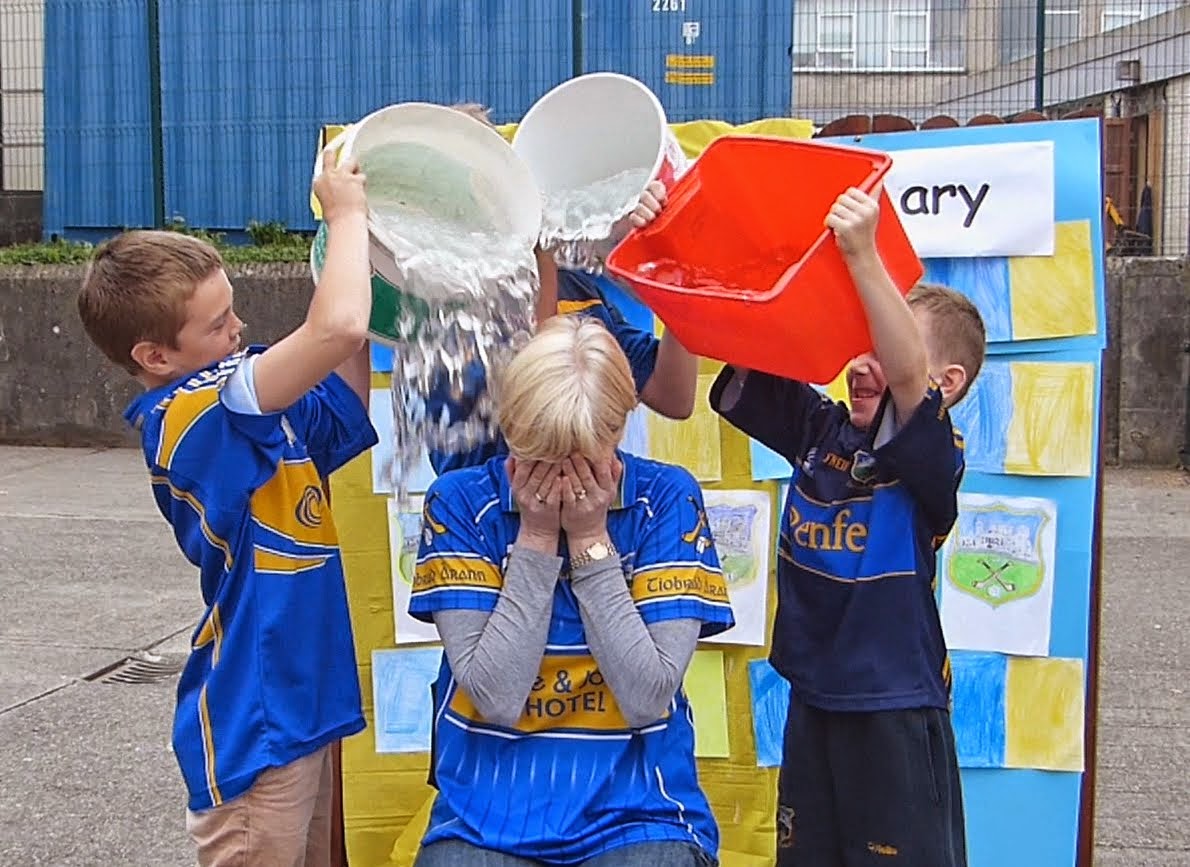 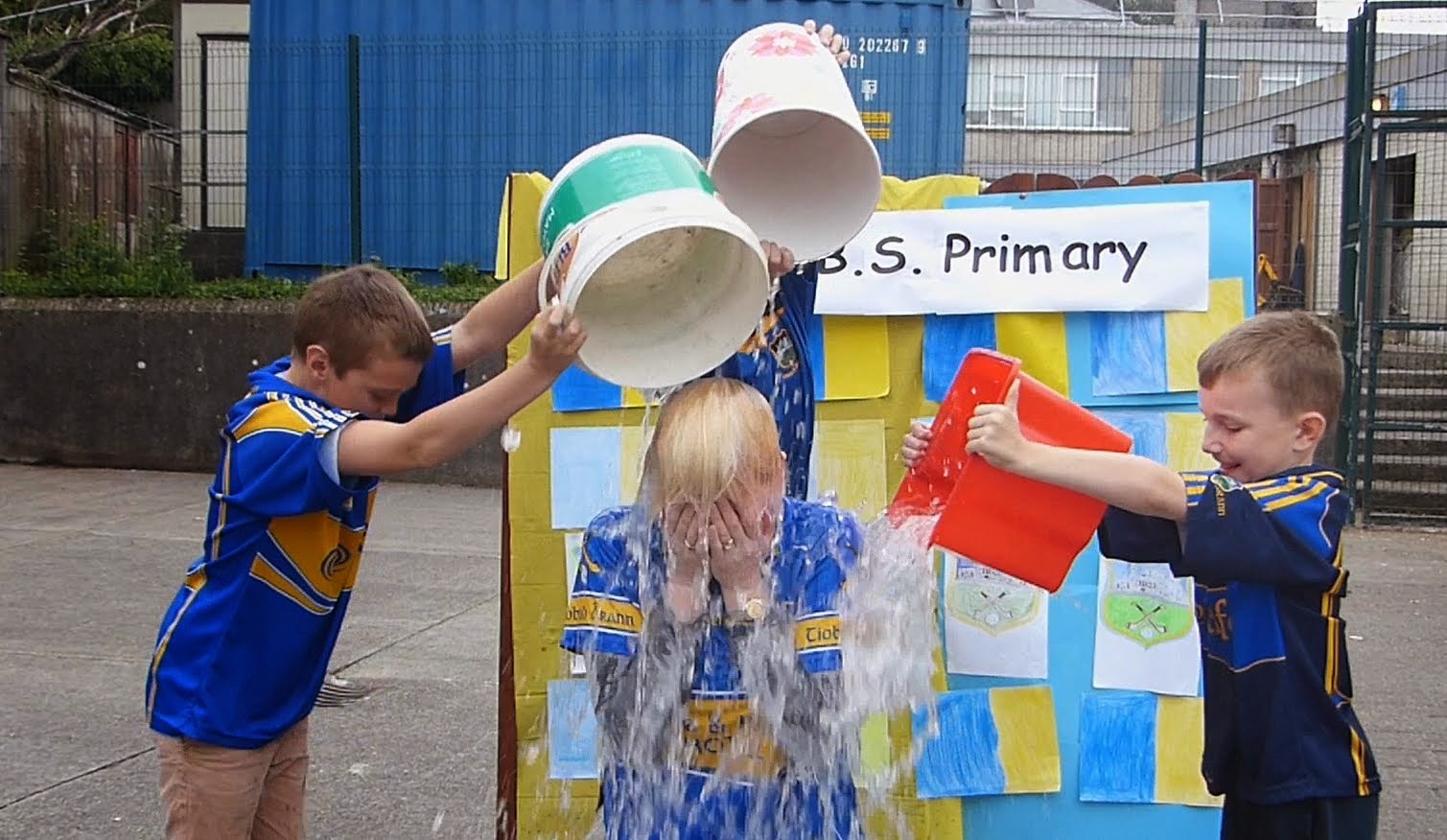 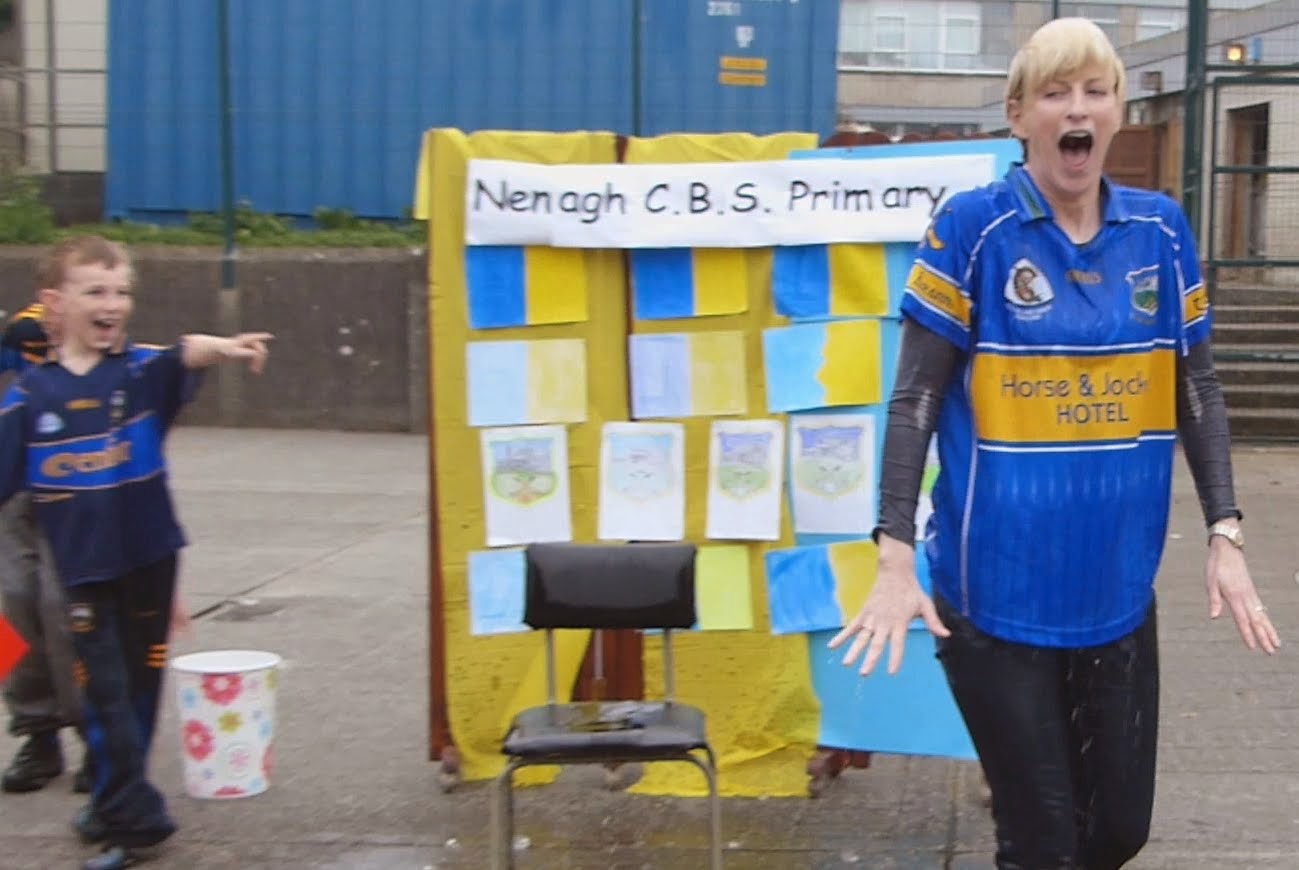