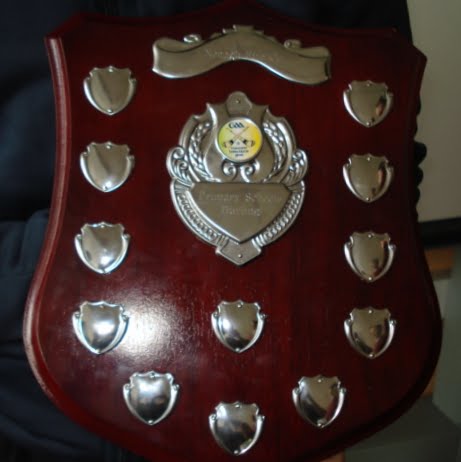 We have had a sporty month here at Nenagh CBS as we had our schools sports day (to see all the pictures of sports day click here) and also played a hurling tournament. Jason Teefey was our team captain. We beat the Gaelscoil by three points in extra time in the U13 game and hammered them in the U11 game. There was no trophy for the U11 game but there was for the Under 13 game. The school were very proud to be the very first winners of this new trophy for the schools of Nenagh Parish. A big thank you to Nenagh Éire Óg for organising the tournament and the Gaelscoil for for participating. 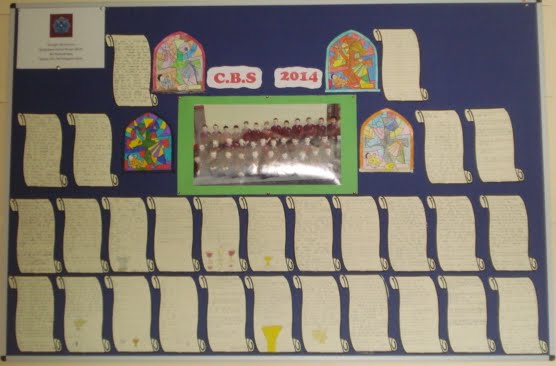 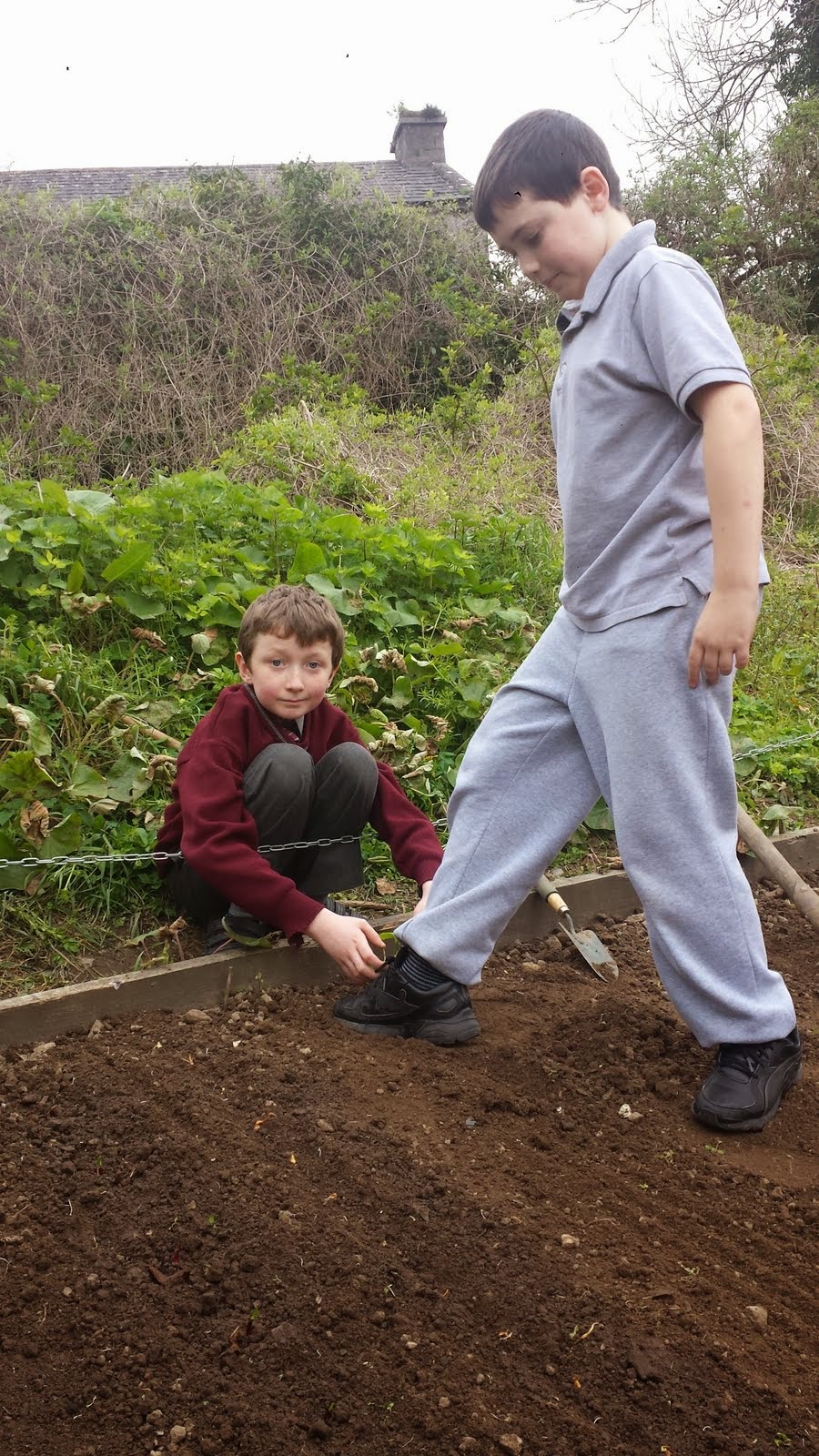 Ms Finn, Mr Ryan, Ms Liston, Mr Buckley, Ms Barry and their pupils along with the boys in Ms Callinans class have been working very hard in the school garden. They planted a variety of vegetables including potatoes, cabbages, onions, lettuce, beans and carrots. The garden is growing very well and everyone is excited to eat some of the produce. Ms Barry’s pupils created a map showing all of the vegetables in the garden and this is on display in the front of the school. Until the vegetables are grown, we will maintain the garden by weeding and watering it when necessary. 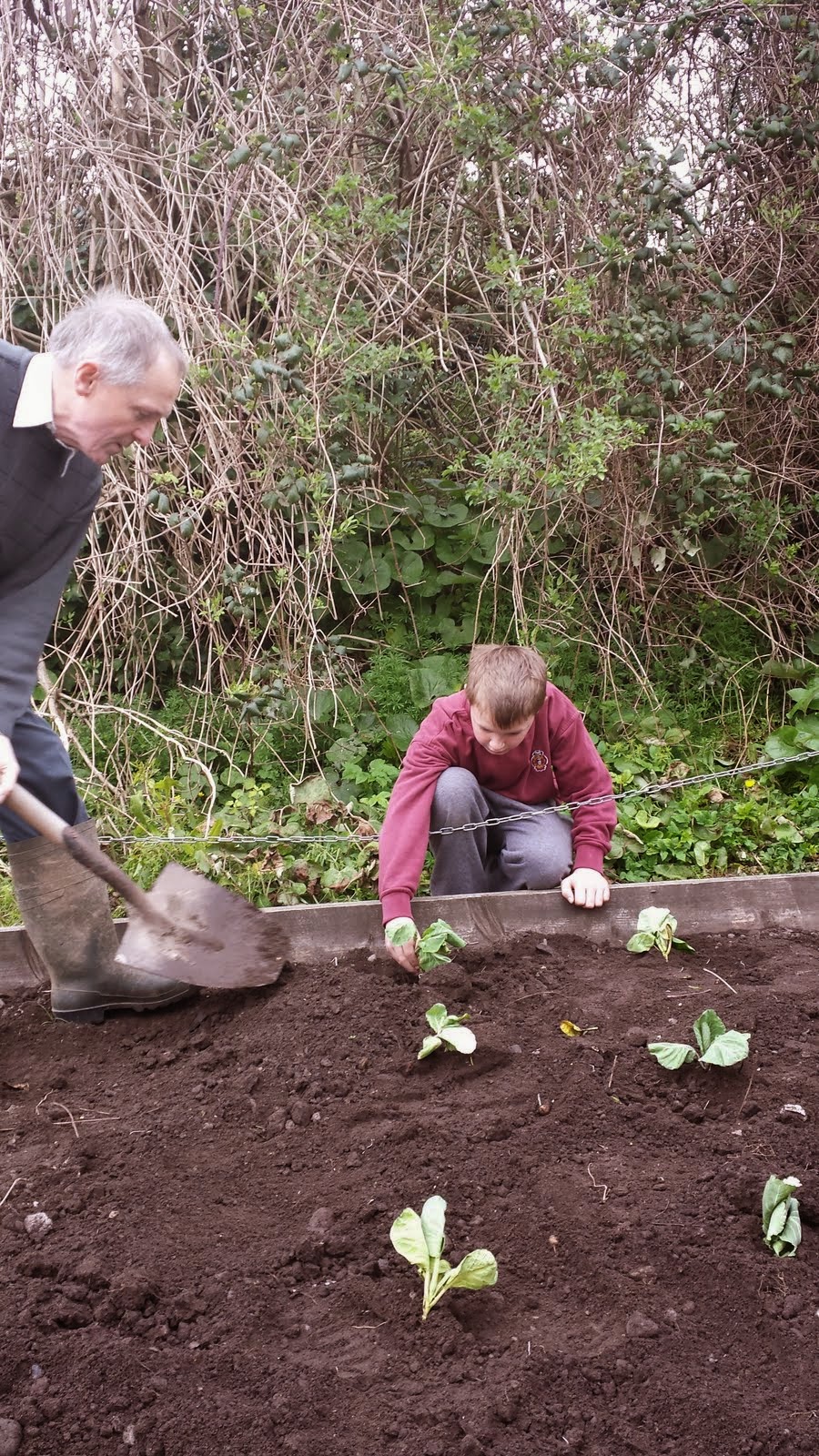 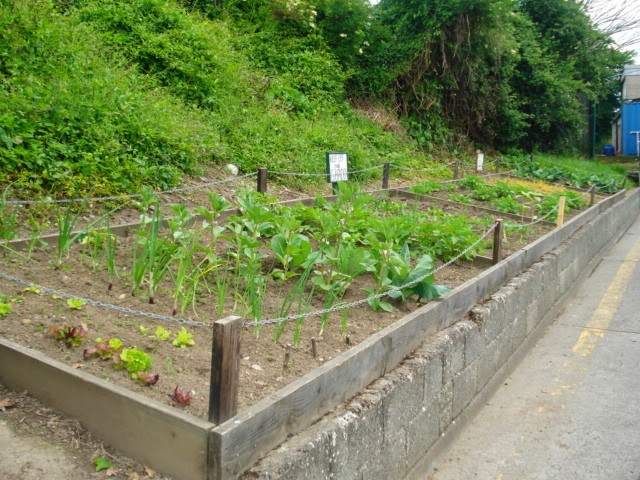 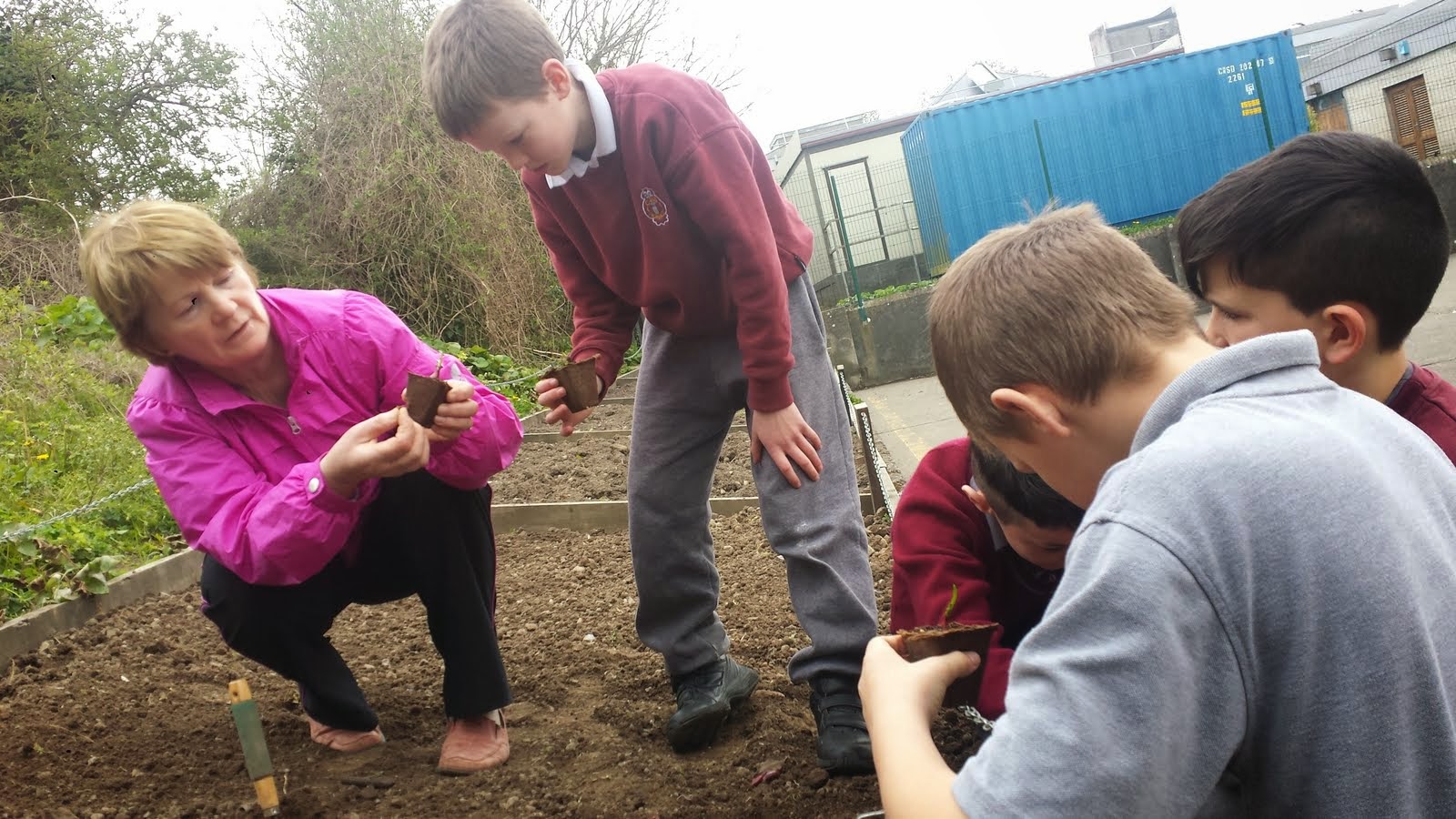 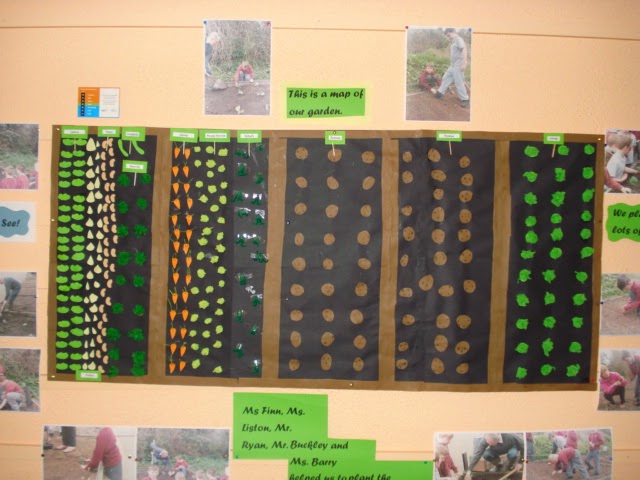 They made their First Holy Communion on the 10th May. They learned about the life cycle of the butterfly. They are learning how to do joint writing for the first time. 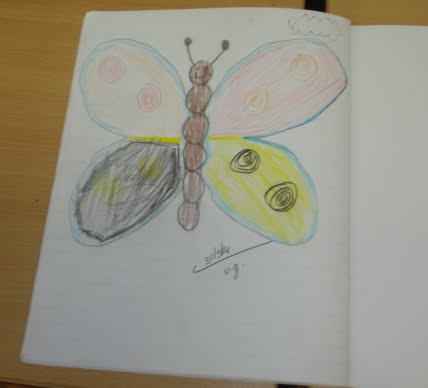 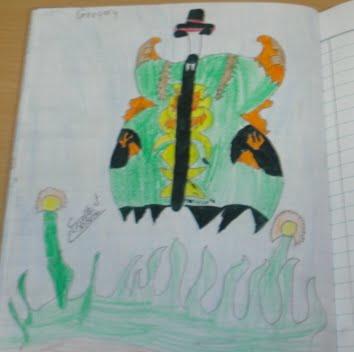 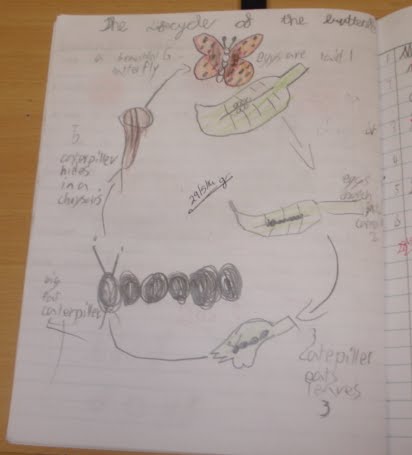 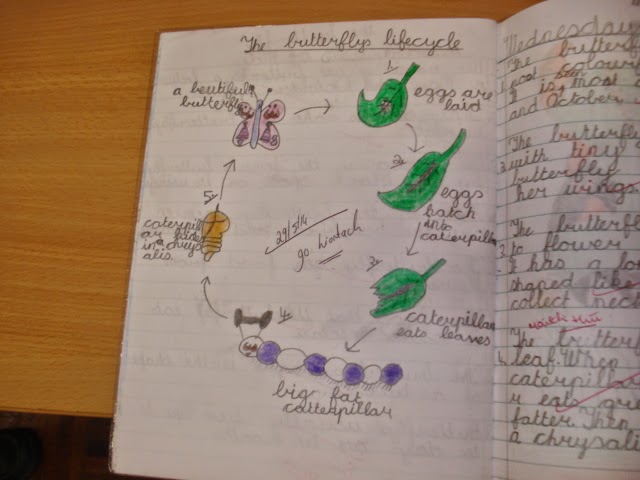 Miss Liston’s class made some colourful summer art . They made sunflower art, busy bee art and ‘A Wall Of Summer Words’. They learnt about Vincent Van Gogh and did a painting like his famous painting “Sunflowers”. The boys also had great fun planting sunflowers. 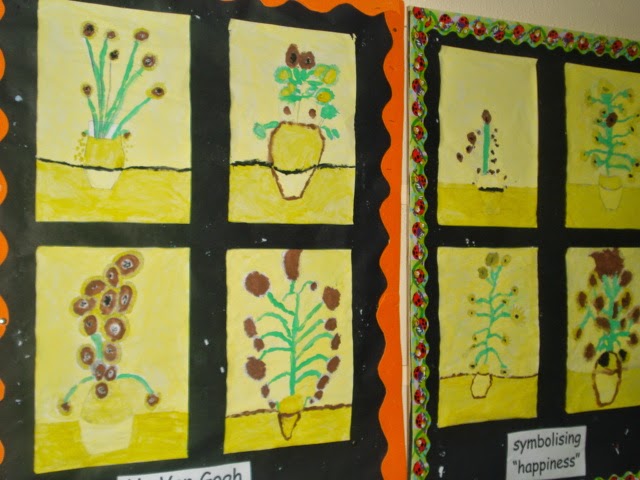 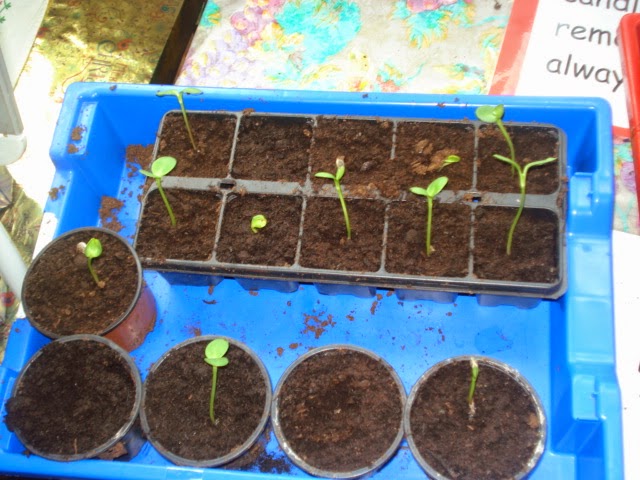 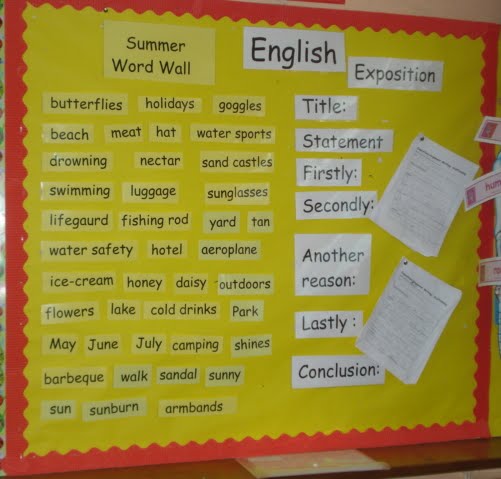 Miss Slattery’s class made some wonderful art for example they made clay sculptures, colourful Roman shields , they made a nice lava lamp and for religion they painted rocks and wrote a message to God on them. The boys also visited the girls school and really enjoyed working with them on a variety of projects.

In the month of May they all had our sports day. They really enjoyed the activities. The first activity for our class was bulldog. The last was soccer penalties. Their class created designer jerseys. The following week they made designer waistcoats. Also their class did their Micra-T English test and their Sigma-T maths test. Six of their class projects have been completed already. 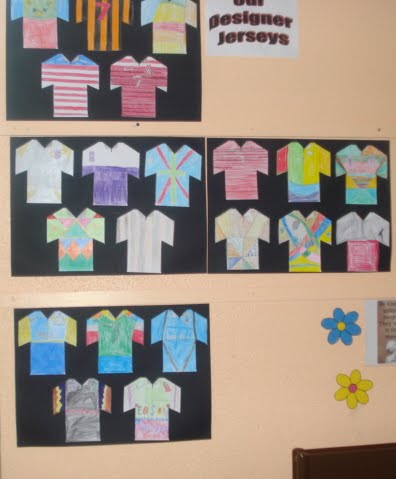 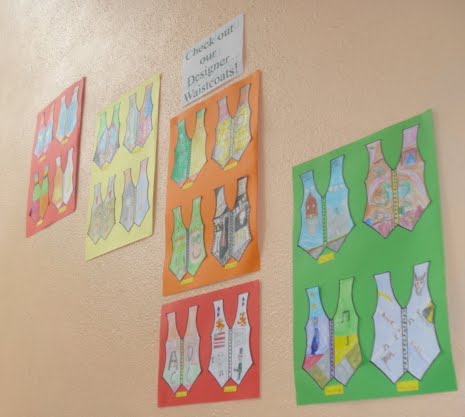 In maths they did chance, capacity and probability. In Geography they did lines of latitude and longitude. In art they did the Bastille with a skyline and a anti-war poster. They did a copper trail. They have also been reading the novel Kensuke’s Kingdom and Faraway Home. 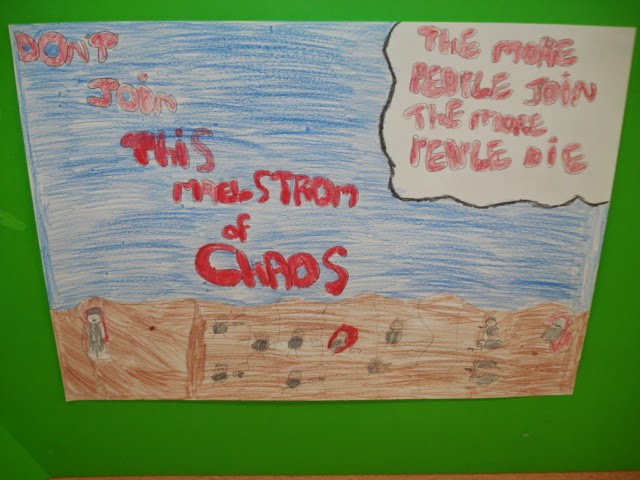 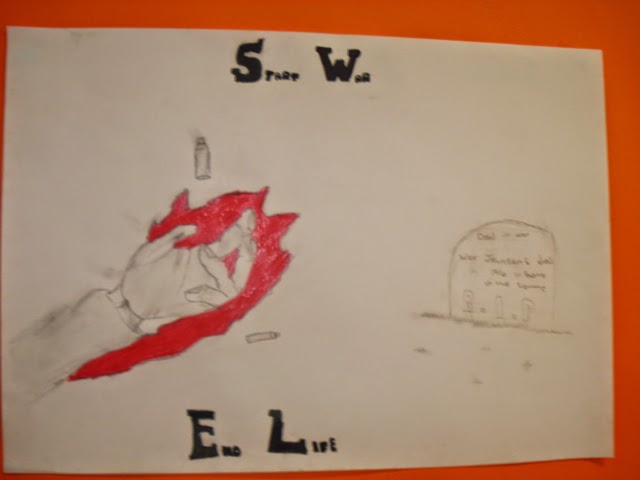 They did projects on the Famine and they did City Scapes inspired by James Rizzes. 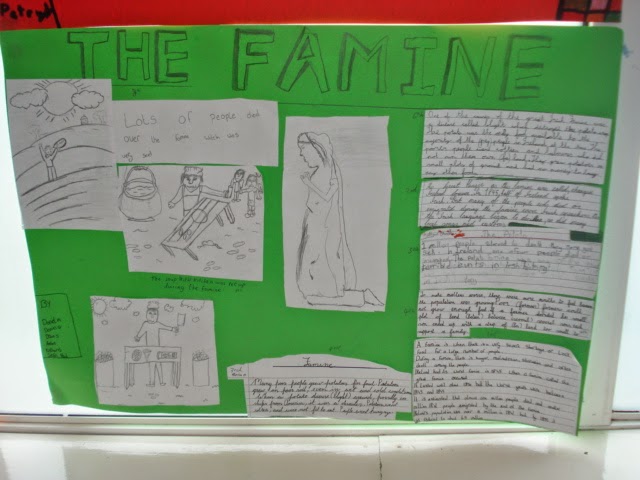 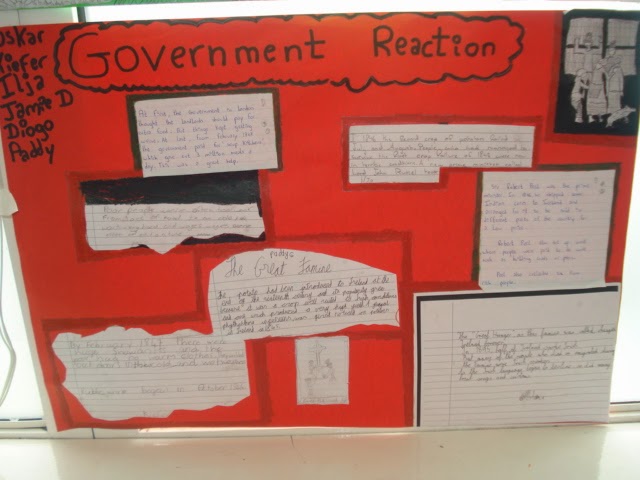 Jason Richardson and Dylan Shoer made their Confirmation on the 17thof may along with Mr Shine’s and Mr O’ Sullivan’s class. Eoghan Coffey made his Communion on the 10th of may with Ms Glennon’s and Ms Liston’s. Thomas Dinan is a member of the Borrisokane athletics club.  On Saturday May 31st he took part in a competition for the javelin throw in Tullamore.

Mr. Buckley’s class were doing a coppertrail.  They started doing athletics. They have a soccer bilitz on June 12.

Mr. O’Sullivans class made their confirmation on the 17th May.  They made the Fruit Of The Holy Spirit.  Joe participated in tennis.

Our class learnt about the Aborigines and made art inspired by them.  We started athletics.  We made our Confirmation on the 17th May and went to the service of light. We said our Hail Mary everyday because it was Marys month of May.  We had a lovely day at the retreat at St. Joesphs abbey in Roscrea with the boys and girls from the convent and the Gaelscoil.  Conor made the Primary Game team and played at Half-Time between the Tipperary and Limerick game.
Share