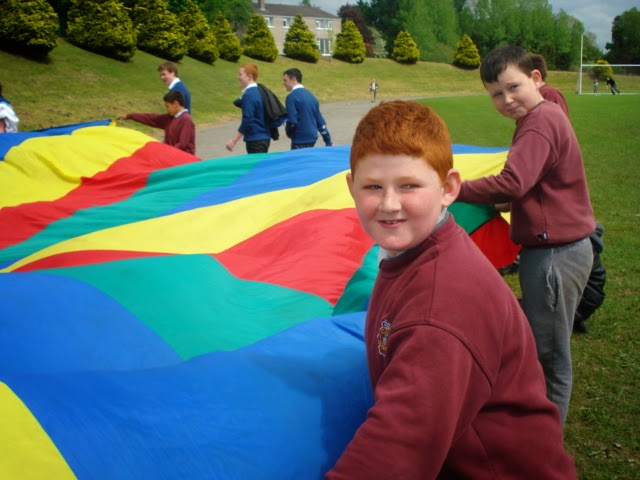 By nenaghcbsp Posted at May 26, 2014
Sports day 2014 took place on Thursday May 22nd. Despite the poor forecast, the day stayed dry.
In the morning, each class rotated to a different sport every forty minutes including soccer, tag rugby, hurling, volleyball, Spike Ball, hockey and the novelty activities.  After lunch, RK sports set up an assault course on the running track while other other classes took penalty kicks on their teachers or tried the long puck or tug of war. An assembly was held in the evening where each child was presented with a medal.

A big thank you to all involved in the planning and organising of the day- Ms Brophy, RK Sports, Nenagh Athletic Club volunteers and the boys from Transition Year who came in during their summer holidays to help out Paul, James, John, Rory, Gavin, Jack and Cathal.

Take a look at the pictures to see some of the fun activities.